Robert Damon Schneck is the author of The President’s Vampire: Strange-but-True Tales of the United States of America, republished here as The Bye Bye Man. Schneck also wrote the Bram Stoker Award-nominated Mrs. Wakeman vs. the Antichrist: And Other Strange-but-True Tales from American History. A longtime chronicler of the weird and unexplained, he has written about everything from killer clowns to suicide clubs. Schneck wrote most of the book that became The Bye Bye Man at his regular table at a McDonald’s in Bensonhurst, Brooklyn. 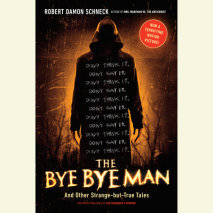 audio
The Bye Bye Man
Author: Robert Damon Schneck | Narrator: Scott Brick and Robert Damon Schneck
Release Date: May 31, 2016
The True Story behind the Terrifying MovieDon't think of his name...In 1990, three college students spent a long Wisconsin winter experimenting with a Ouija board; it turned out to be the deadliest mistake of their lives. The board brought them into ...
ABOUT THIS AUDIOBOOK
$17.50
ISBN: 9781524708382
Unabridged Download 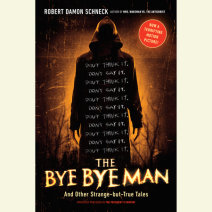