JENNY MOLLEN is an actress and the New York Times bestselling author of I Like You Just the Way I Am, as well as the writer, executive producer, and star of a television series for ABC Digital based on the book. She was a columnist for Playboy Online and The Smoking Jacket and has contributed to Cosmopolitan, Glamour, New York, and Elle.com. She has been heralded by The Huffington Post as one of the funniest women on both Twitter and Instagram, and named one of Five to Follow by T Magazine. 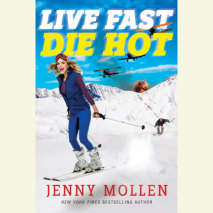 audio
Live Fast Die Hot
Author: Jenny Mollen | Narrator: Jenny Mollen
Release Date: June 14, 2016
*A NEW YORK TIMES HUMOR BESTSELLER*By the author of I Like You Just the Way I Am and a frequent Chelsea contributor, an outrageous collection of personal stories about motherhood, responsibility, and other potential disasters Jenny Mol...
ABOUT THIS AUDIOBOOK
$17.50
ISBN: 9780735208100
Unabridged Download 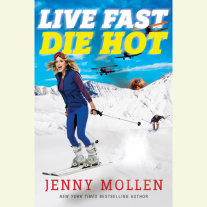