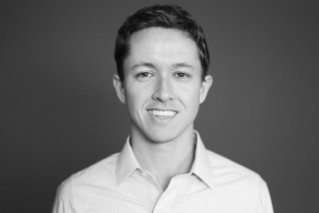 JAMES HAMBLIN is a writer and senior editor at The Atlantic magazine. He hosts the video series "If Our Bodies Could Talk," for which he was a finalist in the 2015 Webby Awards for Best Web Personality. He is the recipient of a 2015 Yale University Poynter Fellowship in Journalism. His work has been featured in/on The New York Times, Politico magazine, NPR, BBC, MSNBC, New York, The Awl, and The Colbert Report. Time named him among the 140 people to follow on Twitter in 2014. He's based in Brooklyn, NY. 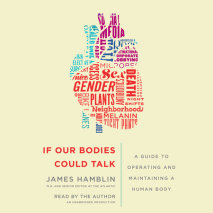 audio
If Our Bodies Could Talk
Author: James Hamblin | Narrator: James Hamblin
Release Date: December 27, 2016
"If you want to understand the strange workings of the human body, and the future of medicine, you must read this illuminating, engaging book." —Siddhartha Mukherjee, author of The Gene In 2014, James Hamblin launched a series of...
ABOUT THIS AUDIOBOOK
$22.50
ISBN: 9781524735197
Unabridged Download 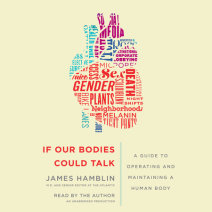