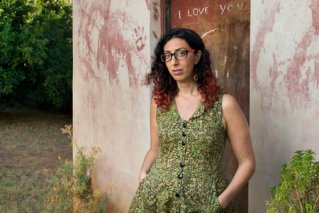 AYELET TSABARI was born in Israel to a large family of Yemeni descent. Her first book, The Best Place on Earth, won the Sami Rohr Prize for Jewish Literature and the Edward Lewis Wallant Award, and was long listed for the Frank O’Connor International Short Story Award. The book was a New York Times Book Review Editors’ Choice, a Kirkus Reviews Best Book of 2016, and has been published internationally to great acclaim. Excerpts from her forthcoming book have won a National Magazine Award and a Western Magazine Award. She lives in Toronto. 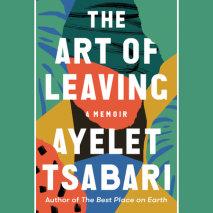 audio
The Art of Leaving
Author: Ayelet Tsabari | Narrator: Ayelet Tsabari
Release Date: February 19, 2019
An intimate memoir in essays by an award-winning Israeli writer who travels the world, from New York to India, searching for love, belonging, and an escape from grief following the death of her father when she was a young girlNAMED ONE OF THE BEST BO...
ABOUT THIS AUDIOBOOK
$20
ISBN: 9781984841056
Unabridged Download 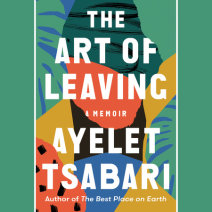