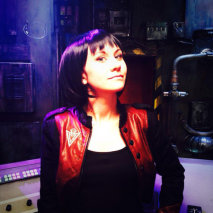 Holly Conrad is a cosplayer, YouTube personality, and host known for her work in Morgan Spurlock's Comic Con Episode IV: A Fan's Hope as well as the SyFy series Heroes of Cosplay. She's hosted shows and events for Nerdist, Polaris, Marvel and more as well as created cosplay and costumes for conventions world-wide. She lives with her husband and a small zoo of animals, including 25 rescued pigeons. 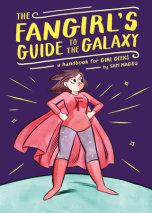 audio
The Fangirl's Guide to the Galaxy
Author: Sam Maggs | Narrator: Jessica Almasy and Holly Conrad
Release Date: May 12, 2015
Fanfic, cosplay, cons, books, memes, podcasts, vlogs, OTPs and RPGs and MMOs and more—it’s never been a better time to be a girl geek. The Fangirl’s Guide to the Galaxy is the ultimate handbook for ladies living the nerdy life, a fu...
ABOUT THIS AUDIOBOOK
$15
ISBN: 9781101926444
Unabridged Download 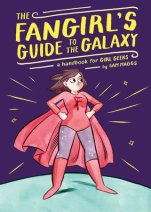