Marissa A. Ross is contributing editor and official wine columnist for Bon Appétit magazine. Her column “Unfiltered” appears monthly in their print issue. Marissa began blogging about wine in 2012 and has since been named one of Wine Enthusiast's 40 Under 40, served as Man Repeller’s “go-to wine expert,” was named “Coach of the Month” by Elle magazine, and was featured in Food & Wine’s “Guide to the Digital Wine Universe.” Her blog, Wine. All the Time., has earned her Editor’s Choice and Reader’s Choice awards for “Best Wine Coverage” at the Saveur Blog Awards. She is from Upland, CA. 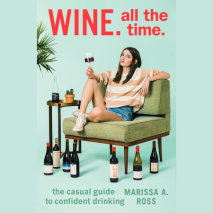 audio
Wine. All The Time.
Author: Marissa A. Ross | Narrator: Marissa A. Ross
Release Date: June 27, 2017
“Can I just be Marissa, please? I want to be hilarious and sexy and smart and insanely knowledgeable about wine.” —Mindy KalingA fresh, fun, and unpretentious guide to wine from Marissa A. Ross, official wine columnist for Bon App&e...
ABOUT THIS AUDIOBOOK
$15
ISBN: 9781524755362
Unabridged Download 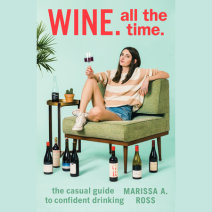