MITCH McCONNELL is the longest-serving US Senate Republican leader and longest-serving senator from Kentucky. He has represented the Commonwealth in the upper chamber since January 1985 and has been Senate majority leader since January 2015. Prior to that, he was leader of the Senate Republican minority for nearly a decade. Senator McConnell has been described by Frank Luntz as having “had a bigger impact on the United States Senate than any senator in my lifetime” and by one journalist as being “arguably the most influential Senate majority leader since Lyndon Johnson.” Twice he has been selected by Time magazine as one of the 100 Most Influential People. He has three daughters and is married to Elaine Chao, the secretary of transportation. 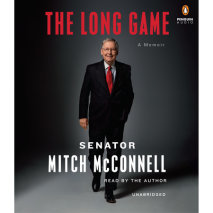 audio
The Long Game
Author: Mitch McConnell | Narrator: Mitch McConnell
Release Date: May 31, 2016
The candid, behind-the-scenes memoir of the of the Senate Majority Leader and GOP veteran.   In October 1984, a hard-charging Kentucky politician waited excitedly for President Ronald Reagan to arrive at a presidential rally in Louisville. In th...
ABOUT THIS AUDIOBOOK
$20
ISBN: 9780451483416
Unabridged Download 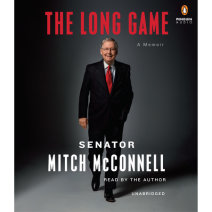