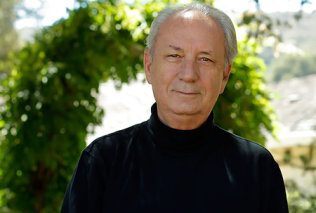 Michael Nesmith’s creative innovations have touched nearly every corner of the arts. His career in music and television took him from starring in The Monkees to a celebrated run of albums as a solo artist and in the First National Band. He won the first ever Grammy Award given for a music video and created the TV show PopClips, a forerunner of what would become MTV. He produced the films Repo Man and Tapeheads and was among the first to realize the potential for home video. He was the president of the Gihon Foundation, which has organized programs such as the Council on Ideas and promoted women in the arts and STEM fields. He was the author of two novels and the founder of the Pacific Arts Corporation, which produces projects in the worlds of audio, video, and virtual reality, including Videoranch3D. 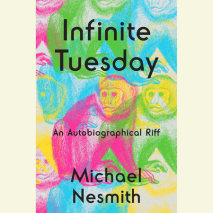 audio
Infinite Tuesday
Author: Michael Nesmith | Narrator: Michael Nesmith
Release Date: April 18, 2017
The “beautifully written” (The New York Times) autobiography of Michael Nesmith, from his star-making role on The Monkees and his invention of the music video to his critical contributions to movies, comedy, and the world o...
ABOUT THIS AUDIOBOOK
$20
ISBN: 9781524755430
Unabridged Download 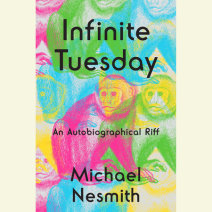