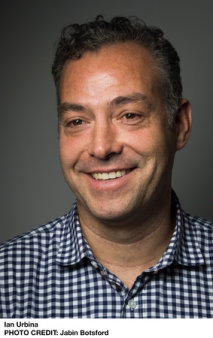 IAN URBINA is an investigative reporter for The New York Times. He has won a Pulitzer Prize for Breaking News, a George Polk Award for Foreign Reporting, and the Chris Dickey Award from the Academy of Motion Picture Art and Sciences. Several of his stories have been developed into major feature films and one was nominated for an Emmy Award. He has degrees in history and cultural anthropology from Georgetown University and the University of Chicago. Before joining the Times, he was a Fulbright Fellow in Cuba and he also wrote about the Middle East and Africa for various outlets including the Los Angeles Times, Vanity Fair, and Harper's Magazine.He lives in Washington, D.C., with his family. 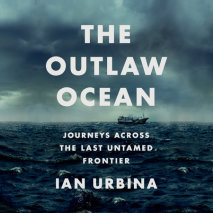 audio
The Outlaw Ocean
Author: Ian Urbina | Narrator: Jason Culp and Ian Urbina
Release Date: August 20, 2019
NATIONAL BESTSELLER • A riveting, adrenaline-fueled tour of a vast, lawless, and rampantly criminal world that few have ever seen: the high seas.There are few remaining frontiers on our planet. But perhaps the wildest, and least understood, are ...
ABOUT THIS AUDIOBOOK
$25
ISBN: 9780735208599
Unabridged Download 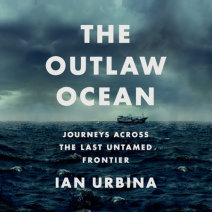