home
x
Subscribe
Joel McHale
Joel McHale is best known as host of E!’s The Soup and for his starring role on the hit comedy series Community. He will next be seen on Fox’s revival of The X-Files, where he will play a conservative news anchor. His film credits include A Merry Friggin’ Christmas, Deliver Us from Evil, Blended, TED, What’s Your Number?, The Big Year, Spy Kids: All the Time in the World, and The Informant! McHale also performs his stand-up act around the country to sold-out audiences. In 2014, he hosted the annual White House Correspondents’ Association Dinner in Washington, D.C., and recently hosted the 2015 ESPYS on ABC. Born in Rome and raised in Seattle, Washington, McHale was a history major at the University of Washington, where he also was a member of their championship football team. He received his master of fine arts from UW’s Actor’s Training Program. McHale lives in Los Angeles with his wife and two sons.

Boyd Vico and Brad Stevens have years of experience in both comedy writing and television production. While at E!, Vico and Stevens were two of the original writers and producers when The Soup was launched. They have written and produced series for Fox, Comedy Central, NBC, and VH1, and served as writers for the nationally syndicated radio program On Air with Ryan Seacrest. They also reteamed with McHale to write his material for events including the Independent Spirit Awards, the 2015 ESPY Awards, and the 2014 White House Correspondents’ Dinner.
Read More +
1 results   page 1 of 1   view sort by 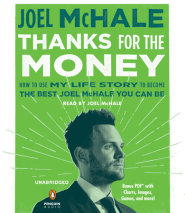 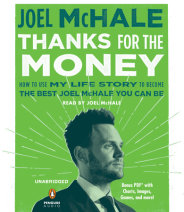