Olivia Koski is Head of Operations at Guerilla Science. She was previously a senior producer at the Atavist Magazine, where she produced 30 interactive journalism stories, five of which were nominated for a National Magazine Award and one an Emmy. She has a masters in journalism from NYU, and her writing has appeared in Wired, Popular Mechanics, and Scientific American. 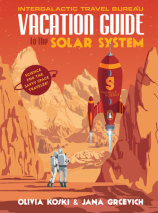 audio
Vacation Guide to the Solar System
Author: Olivia Koski and Jana Grcevich | Narrator: Kathleen McInerney, Olivia Koski and Jana Grcevich
Release Date: June 06, 2017
Packed with real science and fueled by imagination, a beautifully illustrated guide to traveling in our solar systemImagine taking a hike along the windswept red plains of Mars to dig for signs of life, or touring one of Jupiter's sixty-four moo...
ABOUT THIS AUDIOBOOK
$15
ISBN: 9781524778699
Unabridged Download 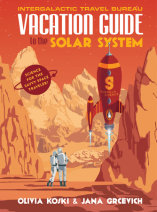