Erin Tripp, Tlingit of the Deisheetaan clan, was born and raised in Juneau. She graduated from the University of Alaska Southeast in 2013 with a Bachelor of Liberal Arts degree in Theatre and Tlingit language, having the distinction of being named the Outstanding Graduate of the Liberal Arts. She followed this up with an artistic internship for the 2013-14 season at Perseverance Theatre. Most recently, she played the role of Titania in the Alaska touring production of A Midsummer Night's Dream at Fairbanks Shakespeare Theatre. Erin also performed in Ivory Rings Forever, a statewide educational short film series produced by the Alaska Network on Domestic Violence and Sexual Assault (ANDVSA). 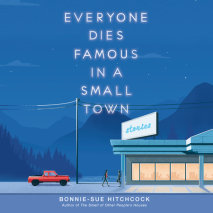 audio
Everyone Dies Famous in a Small Town
Author: Bonnie-Sue Hitchcock | Narrator: Erin Tripp
Release Date: April 20, 2021
A lyrical and heartfelt collection by an award-winning writer that connects the lives of young people from small towns in Alaska and the American west. Each story is unique, yet universal.In this book, the impact of wildfire, a wayward priest, or a ...
ABOUT THIS AUDIOBOOK
$18
ISBN: 9780593342404
Unabridged Download 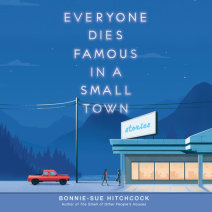 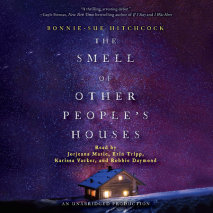 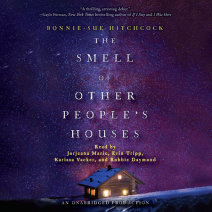