John Nixon was a senior leadership analyst with the CIA from 1998 to 2011. He did several tours in Iraq and was recognized by a number of federal agencies for his contribution to the war effort. During his time with the CIA, Nixon regularly wrote for, and briefed, the most senior levels of the US government.  He also taught leadership analysis to the new generation of analysts coming into the CIA at the Sherman Kent School, the Agency’s in-house analytic training center. Since leaving the Agency in 2011, Nixon has worked as an international risk consultant in Abu Dhabi, UAE.  He lives in Alexandria, Virginia. This is his first book. 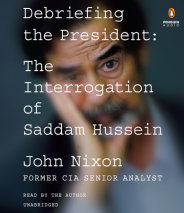 audio
Debriefing the President
Author: John Nixon | Narrator: John Nixon
Release Date: December 27, 2016
Debriefing the President presents an astounding, candid portrait of one of our era’s most notorious strongmen. John Nixon, the first man to conduct a prolonged interrogation of Hussein after his capture, offers expert insight into the hist...
ABOUT THIS AUDIOBOOK
$15
ISBN: 9781524709143
Unabridged Download 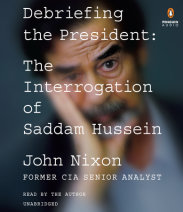