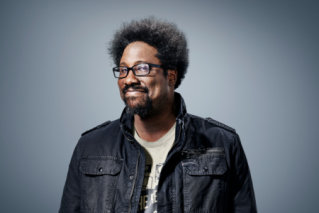 W. Kamau Bell
W. Kamau Bell is a sociopolitical comedian who is the host of the hit, Emmy Award nominated, hit CNN docu-series, United Shades of America. Before United Shades, Kamau was best known for his critically acclaimed, but criminally short-lived, FX comedy series Totally Biased with W. Kamau Bell. The series was nominated for both a NAACP Award and a GLAAD Award. Kamau is also the host of Kamau Right Now!, a public radio talk show that airs on NPR radio station KALW in San Francisco, and a co-host of the podcasts Politically Re-Active and the memorably-named Denzel Washington is The Greatest Actor of All Time Period.

Before pursuing a career in stand-up comedy, Kamau and his mom lived all over the country. He was born in Palo Alto, California then moved to Indianapolis, Indiana, then Boston, Massachusetts, then Chicago, Illinois, with several extended visits to his dad's in Mobile, Alabama mixed in for good measure. Today he lives in Berkeley, CA with his wife and family.
Read More +
1 results   page 1 of 1   view sort by 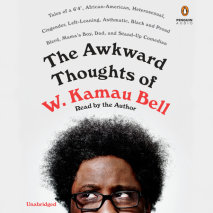 audio
The Awkward Thoughts of W. Kamau Bell
Author: W. Kamau Bell | Narrator: W. Kamau Bell
Release Date: May 02, 2017
You may know W. Kamau Bell from his new, Emmy-nominated hit show on CNN, United Shades of America. Or maybe you’ve read about him in the New York Times, which called him “the most promising new talent in political comedy in many years.&rd...
ABOUT THIS AUDIOBOOK
$22.50
ISBN: 9781524733773
Unabridged Download 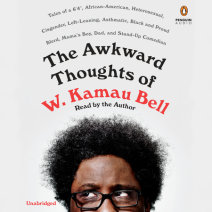