Erin Lee Carr is a director, producer, and writer based in New York City. Named one of the “30 Under 30” most influential people in media by Forbes, Carr most recently directed At the Heart of Gold, about the USA Gymnastics scandal, and I Love You: Now Die, about the Michelle Carter murder-by-texting trial, both for HBO. She also directed “Drug Short,” an episode of Netflix’s critically acclaimed series Dirty Money. She lives in New York City, where she enjoys petting dogs on the street. 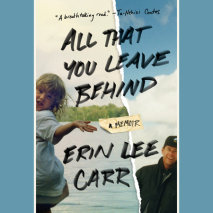 audio
All That You Leave Behind
Author: Erin Lee Carr | Narrator: Erin Lee Carr
Release Date: April 09, 2019
“A documentary filmmaker and daughter of the late, great New York Times columnist David Carr celebrates and wrestles with her father’s legacy in a raw, redemptive memoir.”—O: The Oprah Magazine “A breathtaking read ...
ABOUT THIS AUDIOBOOK
$17.50
ISBN: 9781984889843
Unabridged Download 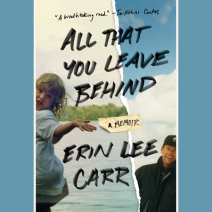