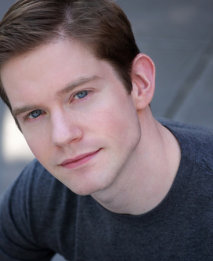 Rory O'Malley
Rory O'Malley is currently reigning as King George III in the smash hit Hamilton in the National tour after playing the same role on Broadway. He is best known for starring in the original Broadway company of The Book Of Mormon for which he received both Tony and Drama Desk nominations. Most recently he was seen on stage in Second Stage's Nobody Loves You (Drama Desk nomination) and Little Miss Sunshine. His Broadway debut was in The 25th Annual Putnam County Spelling Bee and regionally, he created the role of Richie Cunningham in Garry Marshall’s Happy Days The Musical for Goodspeed Opera House and Paper Mill Playhouse. Rory also premiered his autobiographical show Pub Crawl at Joe's Pub.

On television, Rory was seen starring alongside Kelsey Grammer and Martin Lawrence in FX's Partners. He can also be seen in episodes of Nurse Jackie, The Good Wife, Law and Order: SVU, and 1600 Penn, and in the film Dreamgirls.

Rory is a Co-Founder of Broadway Impact, an organization that mobilizes the theater community to take action on fighting for marriage equality. He lives in Los Angeles with his husband Gerold Schroeder. He is very happy.
Read More +
1 results   page 1 of 1   view sort by 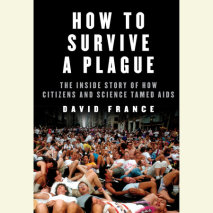 audio
How to Survive a Plague
Author: David France | Narrator: Rory O'Malley
Release Date: November 29, 2016
A New York Times 2016 Notable BookThe definitive history of the successful battle to halt the AIDS epidemic—from the creator of, and inspired by, the seminal documentary How to Survive a Plague. A riveting, powerful telling of the story of the...
ABOUT THIS AUDIOBOOK
$30
ISBN: 9781524708122
Unabridged Download 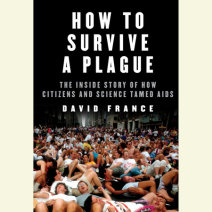