Ned Colletti is the former General Manager of the Los Angeles Dodgers, where he had a widely successful tenure from 2006-2014. Before the Dodgers, he served as assistant General Manager of the San Francisco Giants, after getting his start with the Chicago Cubs, his beloved home team. He currently appears as a baseball analyst on Spectrum SportsNet LA before and after most Dodgers games. 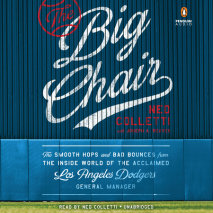 audio
The Big Chair
Author: Ned Colletti and Joseph A. Reaves | Narrator: Ned Colletti
Release Date: October 03, 2017
“An important contribution to 21st-century baseball literature. . . Mr. Colletti’s book might be even more groundbreaking [than Moneyball] in some ways: It’s a nearly unprecedented opportunity to see what running a baseball franchis...
ABOUT THIS AUDIOBOOK
$22.50
ISBN: 9780525497745
Unabridged Download 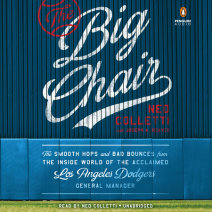