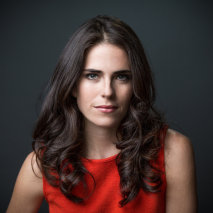 Karla Souza is a Mexican-American film and television actress. In addition to appearing in Mexico’s three highest-grossing films of all time, she can be seen starring in the hit television drama How to Get Away with Murder. Her other film credits include Everybody Loves Somebody, Jacob’s Ladder, and ¿Qué Cupla Tiene el Niño?, which she also produced. Souza has appeared onstage in Avenue Q, The Sound of Music, and Love Song. 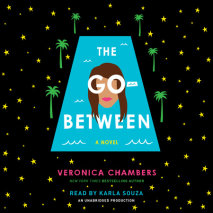 audio
The Go-Between
Author: Veronica Chambers | Narrator: Karla Souza
Release Date: May 09, 2017
Fans of Jane the Virgin will find much to love about The Go-Between, a coming-of-age novel from bestselling author Veronica Chambers, who with humor and humanity explores issues of identity and belonging in a world that is ever-changing. She is ...
ABOUT THIS AUDIOBOOK
$18
ISBN: 9781524774998
Unabridged Download 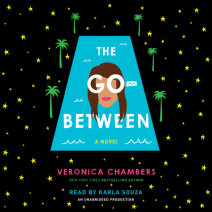