Craig Ferguson has worked as a drummer, a bartender, a stand-up comedian, a producer and an actor. He is the author of a bunch of screenplays, a few of which have actually been made into talking pictures. He wrote the novel Between the Bridge and the River and the memoir American on Purpose and with his friends Geoff, a sassy robot, and Secretariat, a comedy horse, he hosted a late night talk show on American television for ten years. He lives in Scotland and California. 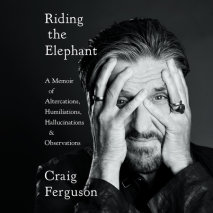 audio
Riding the Elephant
Author: Craig Ferguson | Narrator: Craig Ferguson
Release Date: May 07, 2019
From the comedian, actor, and former host of The Late Late Show comes an irreverent, lyrical memoir in essays featuring his signature wit.  Craig Ferguson has defied the odds his entire life. He has failed when he should have succeeded...
ABOUT THIS AUDIOBOOK
$17.50
ISBN: 9781984841964
Unabridged Download 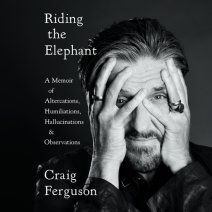