Tara Schuster is vice president of Talent and Development at Comedy Central. She is the executive in charge of Lights Out with David Spade, and was the executive in charge of the Emmy and Peabody Award–winning Key & Peele and the Emmy Award–winning @Midnight. Her numerous other shows included Another Period, Not Safe with Nikki Glazer, and Hood Adjacent. Her plays have been performed in the New York International Fringe Festival and her writing has appeared in The New Yorker online. She lives in Los Angeles. 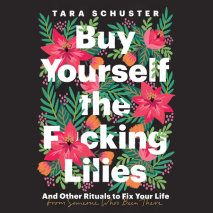 audio
Buy Yourself the F*cking Lilies
Author: Tara Schuster | Narrator: Tara Schuster
Release Date: February 18, 2020
Brutally honest, often hilarious, hard-won lessons in learning to love and care for yourself from a young vice president at Comedy Central who was called “ahead of her time” by Jordan Peele “Compelling, persuasive, and use...
ABOUT THIS AUDIOBOOK
$20
ISBN: 9780593105764
Unabridged Download 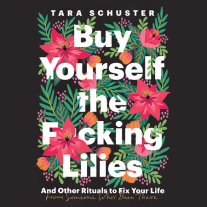