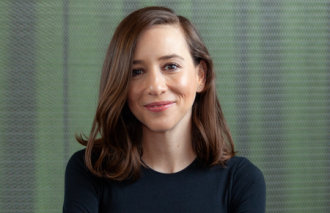 Sasha Sagan holds a degree in Dramatic Literature from NYU. She has worked as a television producer, filmmaker, editor, and speaker in New York, Boston and London, and her writing has appeared in New York Magazine, O. the Oprah Magazine, Literary Hub, Mashable.com, The Violet Book, and elsewhere. For Small Creatures Such as We is her first book. 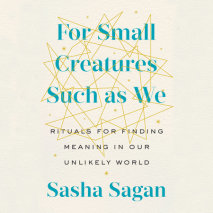 audio
For Small Creatures Such as We
Author: Sasha Sagan | Narrator: Sasha Sagan
Release Date: October 22, 2019
"A charming book, ringing with the joy of existence." -- Richard Dawkins"This lyrical exploration of how we can find beauty in the natural world comes from the daughter of Carl Sagan . . . A wonderful gift for your favorite reader." --Good Housekeepi...
ABOUT THIS AUDIOBOOK
$17.50
ISBN: 9780593107126
Unabridged Download 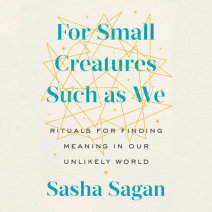