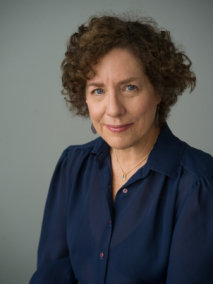 Elaine Weiss is a journalist and author whose magazine feature writing has been recognized with prizes from the Society of Professional Journalists, and her byline has appeared in many national publications, as well as in reports for National Public Radio. Elaine's book about the woman suffrage movement, The Woman's Hour: The Great Fight to Win the Vote, has earned glowing reviews from the New York Times, the Wall Street Journal, and NPR, among others, and she has presented talks about the book and the woman suffrage movement across the country. Elaine lives in Baltimore, Maryland, with her husband, and they have two grown children. When not working at her desk, she can be found paddling her kayak on the Chesapeake Bay. And she votes in every election. 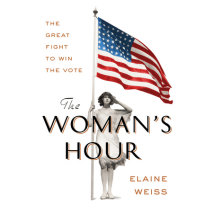 audio
The Woman's Hour
Author: Elaine Weiss | Narrator: Tavia Gilbert and Elaine Weiss
Release Date: March 06, 2018
"Both a page-turning drama and an inspiration for every reader"--Hillary Rodham ClintonSoon to Be a Major Television EventThe nail-biting climax of one of the greatest political battles in American history: the ratification of the constitutional amen...
ABOUT THIS AUDIOBOOK
$25
ISBN: 9780525532439
Unabridged Download 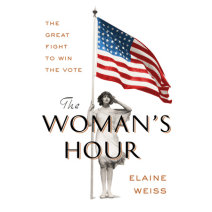