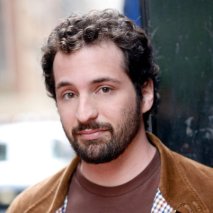 Mark Turetsky is an audiobook narrator, specializing in middle grade and children's books. A graduate of the NYU Tisch Drama program, he has also been featured in commercials for radio and television, web presentations, video games, and cartoons. Among other awards, Mark has been listed as an AudioFile magazine Best Voice in 2010 and 2013. 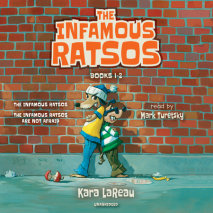 audio
The Infamous Ratsos: Books 1-2
Author: Kara LaReau | Narrator: Mark Turetsky
Release Date: September 12, 2017
The Infamous Ratsos: Louie and Ralphie Ratso’s dad, Big Lou, always says that there are two kinds of people: those who are tough and those who are soft. Louie and Ralphie are tough, tough, tough, just like Big Lou, and they’re going ...
ABOUT THIS AUDIOBOOK
$15
ISBN: 9780525527381
Unabridged Download 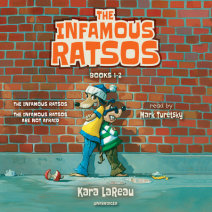 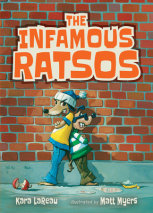 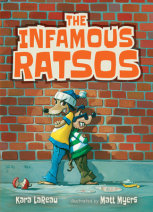 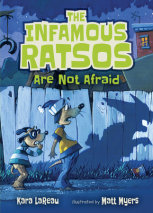 audio
The Infamous Ratsos Are Not Afraid
Author: Kara LaReau | Narrator: Mark Turetsky
Release Date: September 12, 2017
When Louie and Ralphie Ratso set out to transform a cluttered lot into an arcade, they end up conquering a few surprising fears along the way in this follow-up to the Theodor Seuss Geisel Honor Book The Infamous Ratsos.Louie and Ralphie Ratso ha...
ABOUT THIS AUDIOBOOK
$8
ISBN: 9780525527428
Unabridged Download 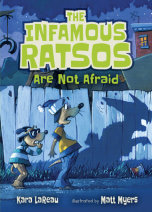