Neil M. Gorsuch is an associate justice of the Supreme Court of the United States. A Colorado native, he served as a judge on the U.S. Court of Appeals for the Tenth Circuit, which is based in Colorado and hears appeals from six western states, before his appointment to the Supreme Court in April 2017. He has also worked as a senior official at the U.S. Department of Justice, where he helped oversee its civil litigating divisions; as a partner at a law firm; as a law professor; and as a law clerk for Justices Byron White and Anthony Kennedy. 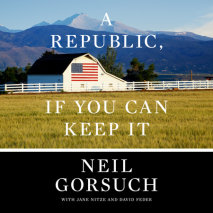 audio
A Republic, If You Can Keep It
Author: Neil Gorsuch | Narrator: Neil Gorsuch
Release Date: September 10, 2019
NEW YORK TIMES BESTSELLER • Justice Neil Gorsuch reflects on his journey to the Supreme Court, the role of the judge under our Constitution, and the vital responsibility of each American to keep our republic strong. As Benjamin Franklin lef...
ABOUT THIS AUDIOBOOK
$22.50
ISBN: 9780593150023
Unabridged Download 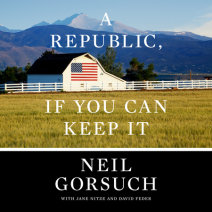