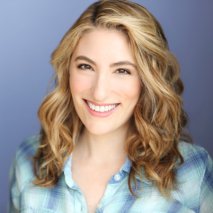 DEBORAH GRAUSMAN is an actor, singer, and voice-over artist. She is the voice of Smartie, Elmo’s new friend, on Sesame Street and can also be heard on national commercials. Her film credits include Back to Plan A, Blackwell Summers Mysteries, and The Mend, and she’s appeared onstage in the North American tour of Fiddler on the Roof, Master Class, and Peter Pan. 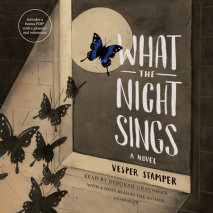 audio
What the Night Sings
Author: Vesper Stamper | Narrator: Vesper Stamper and Deborah Grausman
Release Date: February 20, 2018
A Morris Award FinalistLonglisted for the National Book AwardFor fans of The Book Thief and The Boy in the Striped Pajamas comes a lushly illustrated novel about a teen Holocaust survivor who must come to terms with who she is and how to rebuild her ...
ABOUT THIS AUDIOBOOK
$18
ISBN: 9780525526049
Unabridged Download 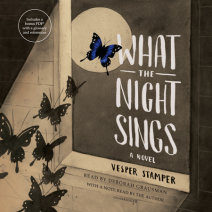