Michael Easter is a contributing editor at Men’s Health magazine, columnist for Outside magazine, and professor at the University of Nevada, Las Vegas. His work has appeared in more than sixty countries and can also be found in Men’s Journal, New York, Vice, Scientific American, Esquire, and others. He lives in Las Vegas on the edge of the desert with his wife and their two dogs. 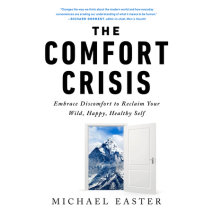 audio
The Comfort Crisis
Author: Michael Easter | Narrator: Michael Easter
Release Date: May 11, 2021
“If you've been looking for something different to level up your health, fitness, and personal growth, this is it.”—Melissa Urban, Whole30 CEO and New York Times bestselling authorDiscover the evolutionary mind and bo...
ABOUT THIS AUDIOBOOK
$20
ISBN: 9780593348703
Unabridged Download 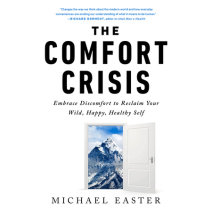