Robert Brown is CEO and founder of B&C International, a global management consulting firm, and founder of the International BookSmart Foundation, a nonprofit that to date has shipped over 5 million books to over 300 libraries in Africa. A trusted advisor to some of the most influential individuals, corporations and movements of the 20th and 21st centuries, Brown advised and raised money for the late Martin Luther King, Jr., and was contracted by companies like F.W. Woolworth Corporation, A&P Supermarkets, and Wrangler to handle corporate communications during pivotal moments of the civil rights movement. Later, as a special assistant to President Richard Nixon, he was credited with starting and developing the U. S. Minority Enterprise Program, which brought millions of dollars in support to black-owned businesses. 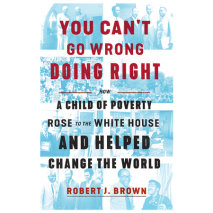 audio
You Can't Go Wrong Doing Right
Author: Robert J. Brown | Narrator: Dominic Hoffman and Robert J. Brown
Release Date: January 15, 2019
An unforgettable account of a quietly remarkable life, Robert Brown's memoir takes readers behind the scenes of pivotal moments from the 20th century, where the lessons he learned at his grandmother's knee helped him shape America as we know it today...
ABOUT THIS AUDIOBOOK
$20
ISBN: 9781984829276
Unabridged Download 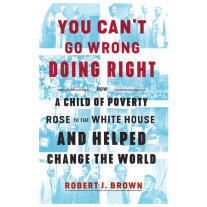