Melissa George is an Australian-American actress and entrepreneur. Her television credits include Hulu’s The First, Heartbeat, The Slap, and In Treatment, a role which earned her a Golden Globe nomination. Her film credits include the independent features Don’t Go and The Butterfly Tree as well as Mulholland Drive, The Amityville Horror, 30 Days of Night, Triangle, and Felony, among others. 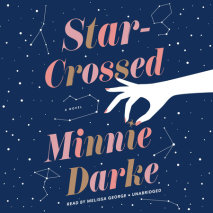 audio
Star-Crossed
Author: Minnie Darke | Narrator: Melissa George
Release Date: May 21, 2019
Why rely on fate when you can rewrite the stars? In this sparkling romantic comedy, one woman decides to tinker with the horoscopes of the man of her dreams.“A bright, brilliant, joyful love story.”—Josie Silver, #1&#...
ABOUT THIS AUDIOBOOK
$22.50
ISBN: 9781984886828
10 Unabridged CDsUnabridged Download 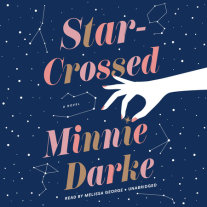