Miranda Tapsell is a proud Larrakia woman from Darwin who grew up in Kakadu National Park. She is best known for her performance in the film The Sapphires as well as the television series Love Child, which earned her two Logie Awards. Her other television credits include Doctor Doctor, Secret City, Get Krack!n, Mabo, Little J & Big Cuz, and Play School. Miranda co-wrote, co-produced, and stars in the film Top End Wedding. 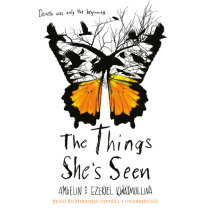 audio
The Things She's Seen
Author: Ambelin Kwaymullina and Ezekiel Kwaymullina | Narrator: Miranda Tapsell
Release Date: May 14, 2019
This brilliantly written thriller explores the lives--and deaths--of two girls, and what they will do to win justice. Sure to be one of the most talked-about books of the year!Nothing's been the same for Beth Teller since the day she died.Her dad is...
ABOUT THIS AUDIOBOOK
$15
ISBN: 9781984884398
Unabridged Download 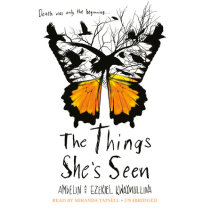