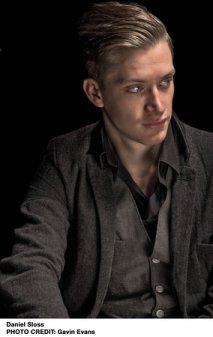 DANIEL SLOSS finds About the Author descriptions wanky and outdated. He would just like you to watch his fucking comedy specials. The publisher, on the other hand, would like you to know that Daniel Sloss is an internationally acclaimed, award-winning Scottish comedian and writer. He has created eleven solo shows, toured them in theaters, music venues, and arenas across fifty countries to rave reviews, and his specials, including X on HBO as well as DARK and Jigsaw, on Netflix, can be seen in a total of 190 countries. Despite the relationship and marital mayhem he has caused, Sloss still believes in love. Sloss is thirty and lives in Scotland, his "forever home." 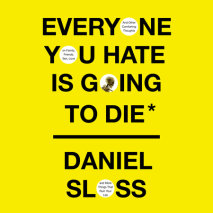 audio
Everyone You Hate Is Going to Die
Author: Daniel Sloss | Narrator: Daniel Sloss
Release Date: October 12, 2021
One of this generation's hottest and boldest young comedians presents a transgressive and hilarious analysis of all of our dysfunctional relationships, and attempts to point us in the vague direction of sanity.Daniel Sloss's stand-up comedy engages, ...
ABOUT THIS AUDIOBOOK
$17.50
ISBN: 9780593291917
Unabridged Download 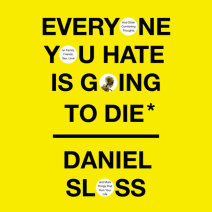