For nearly the entire War on Terror, Spencer Ackerman has been a national-security correspondent for outlets like The New Republic, WIRED, The Guardian and currently The Daily Beast. He has reported from the frontlines of Afghanistan, Iraq, and Guantanamo Bay. He shared in the 2014 Pulitzer Prize for Public Service Journalism for Edward Snowden's NSA leaks to The Guardian, a series of stories that also yielded him other awards, including the Scripps Howard Foundation's 2014 Roy W. Howard Award for Public Service Reporting and the 2013 IRE medal for investigative reporting. Ackerman's WIRED series on Islamophobic counterterrorism training at the FBI won the 2012 online National Magazine Award for reporting. He frequently appears on MSNBC, CNN, and other news networks. 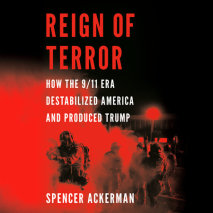 Reign of Terror
Author: Spencer Ackerman | Narrator: Spencer Ackerman
Release Date: August 10, 2021
An examination of the profound impact that the War on Terror had in pushing American politics and society in an authoritarian directionFor an entire generation, at home and abroad, the United States has waged an endless conflict known as the War on T...
ABOUT THIS AUDIOBOOK
$22.50
ISBN: 9780593402221
Unabridged Download 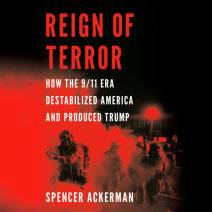