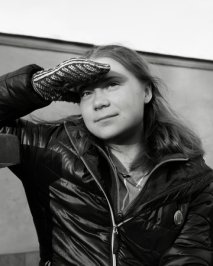 Greta Thunberg was born in 2003. In August 2018 she started a school strike that became a movement called Fridays For Future, which has inspired school strikes for climate action in more than 150 countries involving millions of students. Thunberg has spoken at climate rallies across the globe, as well as at the World Economic Forum in Davos, the U.S. Congress, and the United Nations. In 2019, she was named Time’s Person of the Year. Thunberg is vegan, and doesn’t fly, in order to live a low-carbon life. 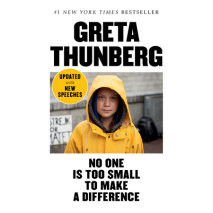 audio
No One Is Too Small to Make a Difference
Author: Greta Thunberg | Narrator: Greta Thunberg
Release Date: May 11, 2021
The #1 New York Times bestseller by Time's 2019 Person of the Year"Greta Thunberg is already one of our planet’s greatest advocates." —Barack ObamaThe groundbreaking speeches of Greta Thunberg, the young climate activi...
ABOUT THIS AUDIOBOOK
$10
ISBN: 9780593504451
Unabridged Download 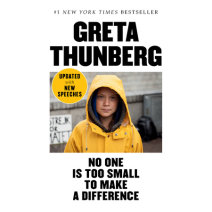