Alastair Santhouse is a consultant psychiatrist at both The Maudsley Hospital and Guy's Hospital in London. He studied medicine at the University of Cambridge before entering a postgraduate medical training scheme at the Royal London Hospital. In 1996 he retrained as a psychiatrist at the Maudsley Hospital. He is a fellow of both the Royal College of Physicians and the Royal College of Psychiatrists. Born in Manchester, Santhouse lives in London with his wife and four children. 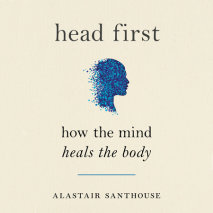 audio
Head First
Author: Alastair Santhouse | Narrator: Alastair Santhouse and Nathaniel Priestley
Release Date: September 14, 2021
In the tradition of Lori Gottlieb and Henry Marsh, a distinguished psychiatrist examines his own practice. Alastair Santhouse knew something was wrong the night he was on call during his medical training and got the news that a woman on the way ...
ABOUT THIS AUDIOBOOK
$20
ISBN: 9780593409640
Unabridged Download 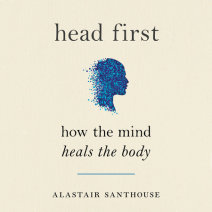