Elected in 2012 as the youngest member of the U.S. Senate, Chris Murphy has earned a reputation as a serious legislator who is willing to stand up for his principles and reach across the aisle. Since the Newtown school shooting in December 2012, he has also become the best-known leader in Congress in confronting the plague of gun violence in America. Now in his second term representing Connecticut, he and his wife, Cathy, an attorney, have two young sons, Owen and Rider. 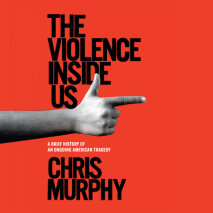 audio
The Violence Inside Us
Author: Chris Murphy | Narrator: Chris Murphy
Release Date: September 01, 2020
“An engrossing, moving, and utterly motivating account of the human stakes of gun violence in America.”—Samantha Power, Pulitzer Prize–winning author of The Education of an IdealistIs America destined to always be a viole...
ABOUT THIS AUDIOBOOK
$22.50
ISBN: 9780593155011
Unabridged Download 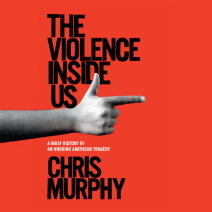