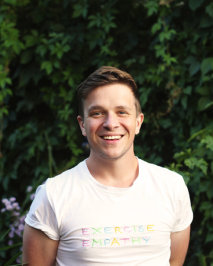 Henry James Garrett is a writer, illustrator, and creator of the wildly popular Instagram account formerly known as Drawings of Dogs, now @HenryJGarrett. Before that, he pursued a PhD in philosophy on the subject of empathy and metaethics but dropped out due to anxiety. Instead, he decided to focus on what he enjoyed most: using his warm drawings of all kinds of animals to express thoughtful ideas about wellness, social justice, equality, LGBT identity, and more. Since then, he's written and illustrated a piece on empathy for The New York Times; created alternative Valentine's cards for The Fawcett Society; provided Meghan Markle with a feminist drawing of her dog; cartooned for the i newspaper, BuzzFeed, and London Pride; and presented solo exhibitions in London and a beautiful phone box in Brighton. He lives in Brighton, England, with his partner, Kitty. 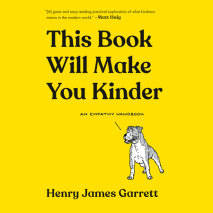 audio
This Book Will Make You Kinder
Author: Henry James Garrett | Narrator: Henry James Garrett and Jude Owusu
Release Date: October 20, 2020
From the creator of Drawings of Dogs, a thoughtful examination of empathy and the necessity of being kinderThe kindness we owe one another goes far beyond the everyday gestures of feeding someone else's parking meter--although it's important not to d...
ABOUT THIS AUDIOBOOK
$15
ISBN: 9780593294291
Unabridged Download 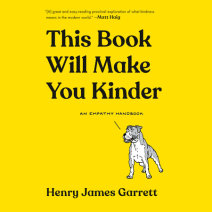