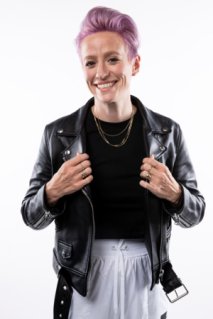 Megan Rapinoe is an American professional soccer player. As a member of the US Women's national soccer team, she helped win the 2015 and 2019 FIFA Women's World Cup tournaments and a gold medal at the 2012 London Olympics. A cocaptain of the team since 2018, she was named the Best FIFA Women's Player in 2019, and was awarded the Golden Boot. 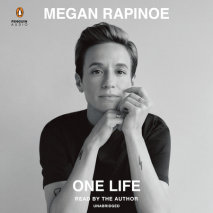 audio
One Life
Author: Emma Brockes and Megan Rapinoe | Narrator: Megan Rapinoe
Release Date: December 01, 2020
An instant New York Times bestseller!“Rapinoe's 'signature pose' from the 2019 FIFA Women's World Cup is synonymous to the feeling we got when finishing this book: heart full, arms wide and ready to take up space in this world.&r...
ABOUT THIS AUDIOBOOK
$20
ISBN: 9780593288900
6 Unabridged CDsUnabridged Download 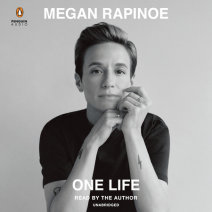