Ariel Levy joined The New Yorker as a staff writer in 2008, and received the National Magazine Award for Essays and Criticism in 2014 for her piece “Thanksgiving in Mongolia.” She is the author of the book Female Chauvinist Pigs and was a contributing editor at New York for twelve years. 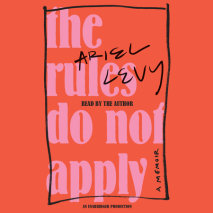 audio
The Rules Do Not Apply
Author: Ariel Levy | Narrator: Ariel Levy
Release Date: March 14, 2017
NEW YORK TIMES BESTSELLER •  “This Year’s Must-Read Memoir” (W magazine) about the choices a young woman makes in her search for adventure, meaning, and love NAMED ONE OF THE BEST BOOKS OF THE YEAR BY Vogue • Time &bu...
ABOUT THIS AUDIOBOOK
$15
ISBN: 9780525491941
Unabridged Download 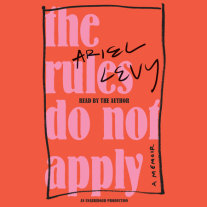