Danny Casale (aka Coolman Coffeedan) is an artist in NYC who has gained popularity through his surreal, humorous, and crudely drawn animations for an audience of more than 6 million followers. The self-titled “bad animator” first went viral in June of 2017 when his cartoon titled “Snakes Have Legs” accumulated tens of millions of views. Following the massive success of this video, Casale continued creating animations in his unique style, which have gone on to reach hundreds of millions more around the world . . . making them laugh, cry, and think. Other awards include Forbes 30 under 30 class of 2020. 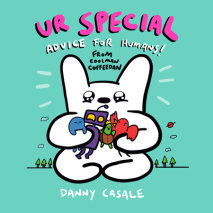 audio
Ur Special
Author: Danny Casale | Narrator: Sean Kenin, Danny Casale, Isabella Addison, Spencer Goldman, Seth Hirsch, Chad Lebaron, Xanthe Paige and Blake Rosier
Release Date: November 02, 2021
Based on the wildly popular characters from Coolman Coffeedan, a colorful and charming collection of parables reminding us to face our fears, our anxieties, and our self-consciousness head-on.What do a naked cat, a sad turtle, an armless robot, and a...
ABOUT THIS AUDIOBOOK
$10
ISBN: 9780593453711
Unabridged Download 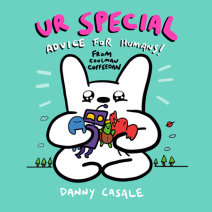