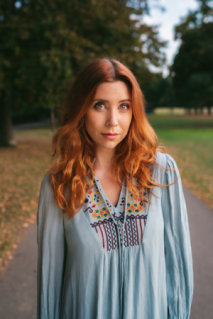 Hazel Hayes is an Irish-born, London-based writer and director who has, until now, been writing primarily for the screen. Having graduated from Dublin City University with a degree in journalism, she went on to study creative writing at The Irish Writers' Centre, before finally finding her feet online and honing her craft as a screenwriter through numerous short films and series. Her eight-part thriller, PrankMe, won Series of the Year at SITC, as well as the award for Excellence in Storytelling at Buffer Festival in Toronto. Out of Love is her first novel. When asked why she wanted to make the leap from horror to a love story, Hazel said she could think of nothing more horrific than love. 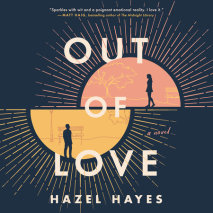 audio
Out of Love
Author: Hazel Hayes | Narrator: Hazel Hayes
Release Date: September 28, 2021
One of E! News' 13 Books to Read This September | One of Bookish's Debuts to Read in the Second Half of 2021 | One of Medium's Best Releases Out Today “Hazel Hayes writes with such honesty and casual confidence and flowing dialogue, you fe...
ABOUT THIS AUDIOBOOK
$20
ISBN: 9780593458099
Unabridged Download 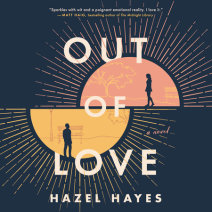