Rachel DeWoskin has spent much of her life in China, including childhood summers with her parents and brothers, excavating ancient Chinese musical and medical instruments for her dad's research. Rachel lived in Bejing for most of her twenties, where she became the unlikely star of a Chinese soap opera called Foreign Babes in Bejing. She spent the last six summers in Shanghai, where she researched and wrote Someday We Will Fly.
Rachel lives in Chicago with her husband, playwright Zayd Dohrn, and their two daughters. She is on the fiction faculty of the University of Chicago and is an affiliated faculty member in Jewish studies and East Asian Studies.
Visit her at racheldewoskin.com 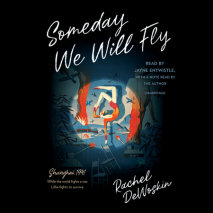 audio
Someday We Will Fly
Author: Rachel DeWoskin | Narrator: Jayne Entwistle and Rachel DeWoskin
Release Date: January 22, 2019
From the author of Blind, a heart-wrenching coming-of-age story set during World War II in Shanghai, one of the only places Jews without visas could find refuge. Warsaw, Poland. The year is 1940 and Lillia is fifteen when her mother, Alenka, disapp...
ABOUT THIS AUDIOBOOK
$27.50
ISBN: 9781984838100
Unabridged Download 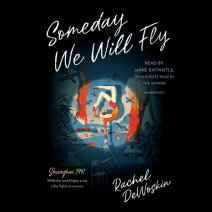