Michael Wetherbee has appeared in such television shows as The Plot Against America and The Blacklist, as well as in films that premiered at Berlin, New York, Cannes, and Tribeca Film Festivals. He was the nerdy superhero in Diplo's "Earthquake" music video, and has also acted in numerous commercials and theater productions. 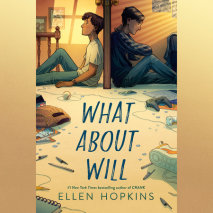 audio
What About Will
Author: Ellen Hopkins | Narrator: Michael Wetherbee
Release Date: September 14, 2021
From #1 New York Times bestselling author Ellen Hopkins comes a new heartbreakingly tender middle grade novel-in-verse about the bonds between two brothers and the love they share.Twelve-year-old Trace Reynolds has always looked up to his brother, mo...
ABOUT THIS AUDIOBOOK
$15
ISBN: 9780593453780
Unabridged Download 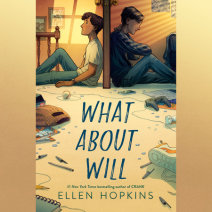