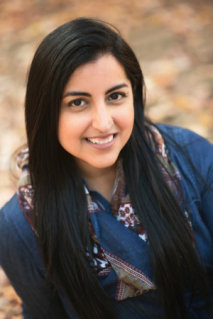 Aisha Saeed also wrote the New York Times bestseller Amal Unbound, Written in the Stars, Yes No Maybe So (with Becky Albertalli), and Diana and the Island of No Return, and is a Pakistani American writer, teacher, and attorney. She has been featured on MTV, the Huffington Post, NBC and the BBC, and her writings have appeared in publications including the journal ALAN and the Orlando Sentinel. As one of the founding members of the We Need Diverse Books Campaign, she is helping change the conversation about diverse books. Aisha lives in Atlanta, Georgia, with her husband and sons. 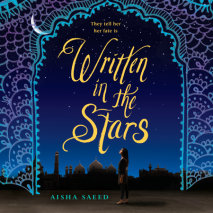 audio
Written in the Stars
Author: Aisha Saeed | Narrator: Aisha Saeed and Soneela Nankani
Release Date: December 03, 2019
"A wonderfully complex love story unlike any you’ve read before. Saeed has given a novel that is both entertaining and important.”—Matt de la Peña, New York Times bestselling authorThis heart-wrenching novel explores what it ...
ABOUT THIS AUDIOBOOK
$20
ISBN: 9780593171950
Unabridged Download 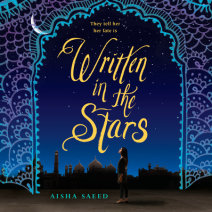