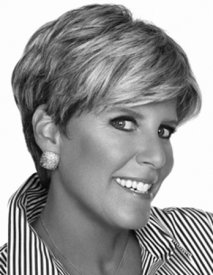 Suze Orman
Suze Orman is a two-time Emmy Award–winning television host, #1 New York Times bestselling author, magazine and online columnist, writer/producer, and one of the top motivational speakers in the world today. Orman has written nine consecutive New York Times bestsellers and has written, co-produced, and hosted seven PBS specials based on her books. She is the seven-time Gracie Award–winning host of The Suze Orman Show, which airs on CNBC. She is also a contributing editor to O: The Oprah Magazine. Twice named one of the “Time 100,” Time magazine’s list of the world’s most influential people, and named by Forbes as one of the 100 most powerful women, Orman was the recipient of the National Equality Award from the Human Rights Campaign. In 2009 she received an honorary doctor of humane letters degree from the University of Illinois at Urbana-Champaign and in 2010 she received an honorary doctor of commercial science from Bentley University. Orman, a Certified Financial Planner™ professional, directed the Suze Orman Financial Group from 1987 to 1997, served as Vice President—Investments for Prudential Bache Securities from 1983 to 1987, and was an account executive at Merrill Lynch from 1980 to 1983. Prior to that, she worked as a waitress at the Buttercup Bakery in Berkeley, California, from 1973 to 1980.
Read More +
5 results   page 1 of 1   view sort by 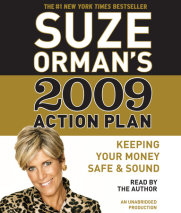 audio
Suze Orman's 2009 Action Plan
Author: Suze Orman | Narrator: Suze Orman
Release Date: December 30, 2008
2009: The Year You Can’t Afford to Make Any Mistakes with Your Money.The credit crunch, the stock market freefall, the staggering toll of home foreclosures and job losses: The economic crisis that struck in 2008 has left no one untouched and ev...
ABOUT THIS AUDIOBOOK
$9.99
ISBN: 9780739384497
Unabridged Download 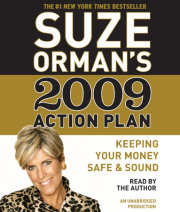 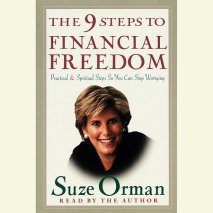 The 9 Steps to Financial Freedom
Author: Suze Orman | Narrator: Suze Orman
Release Date: March 06, 2007
Suze Orman has transformed the concept of personal finance for millions by teaching us how to gain control of our money -- so that money does not control us. She goes beyond the nuts and bolts of managing money to explore the psychological, even sp...
ABOUT THIS AUDIOBOOK
$11.98
ISBN: 9780739354445
Abridged Download 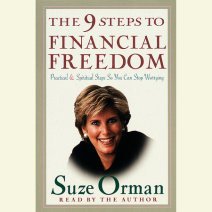 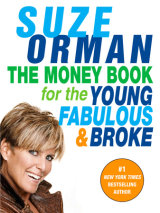 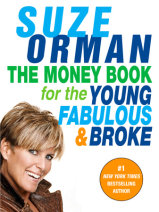 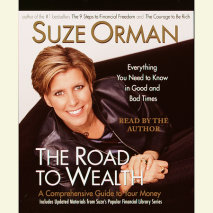 The Road to Wealth
Author: Suze Orman | Narrator: Suze Orman
Release Date: July 24, 2001
Accessible, pragmatic, and comprehensive, The Road to Wealth, read by the author herself, imparts information critical to every stage of listeners' financial lives. Whether one is a novice investor or a veteran of the market, whether laying...
ABOUT THIS AUDIOBOOK
$12.95
ISBN: 9780553755305
Abridged Download 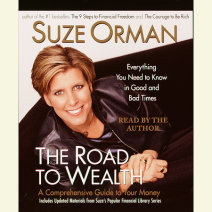 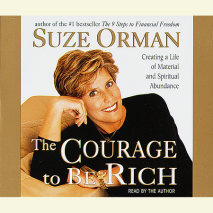 The Courage to Be Rich
Author: Suze Orman | Narrator: Suze Orman
Release Date: July 05, 2000
Bestselling author and financial expert Suze Orman helped millions of Americans turn toward their money and embark on a true path to wealth with her #1 bestseller The 9 Steps to Financial Freedom and her national bestseller You've Earned It, Don't Lo...
ABOUT THIS AUDIOBOOK
$22.50
ISBN: 9780553751765
Unabridged DownloadAbridged Download 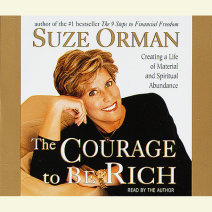