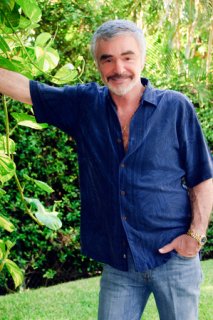 Burt Reynolds began his acting career in TV westerns before his breakout film performance in Deliverance. His other leading roles include films such as The Longest Yard, Hustle, Gator, Smokey and the Bandit, The Best Little Whorehouse in Texas, Striptease, and Boogie Nights, for which he earned a Best Supporting Actor Golden Globe and an Oscar nomination. Reynolds also received an Emmy and a Golden Globe for his starring role on the popular sitcom Evening Shade. He died at the age of eighty-two in 2018.

Jon Winokur is the author of two dozen nonfiction books, including Advice to Writers, The Big Book of Irony, and the critically acclaimed New York Times bestseller The Garner Files, co-authored with James Garner. He lives in Los Angeles. 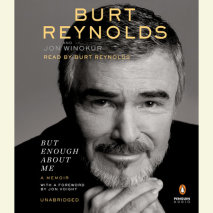 audio
But Enough About Me
Author: Jon Winokur and Burt Reynolds | Narrator: Burt Reynolds
Release Date: November 17, 2015
Scandalous, sentimental, frank, and sincere—the ultimate inside account of a television and film icon.Burt Reynolds has been a Hollywood leading man for six decades, known for his legendary performances, sex-symbol status, and storied Hollywood...
ABOUT THIS AUDIOBOOK
$22.50
ISBN: 9780698409699
Unabridged Download 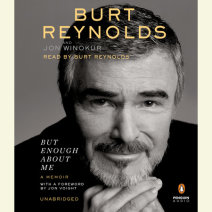