Adewale Akinnuoye-Agbaje is an English actor and former fashion model with an impressive array of credits. Before becoming a model and then an actor, he earned a law degree from King's College London and a master's in law from the University of London. On television, he has appeared on shows including Oz, Lost, and Game of Thrones. His film career has encompassed such titles as Congo, The Mummy Returns, The Bourne Identity, Trumbo, Suicide Squad, and many others. 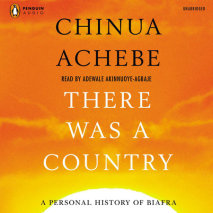 There Was a Country
Author: Chinua Achebe | Narrator: Adewale Akinnuoye-Agbaje
Release Date: October 11, 2012
From the legendary author of Things Fall Apart comes a longawaited memoir about coming of age with a fragile new nation, then watching it torn asunder in a tragic civil warThe defining experience of Chinua Achebe’s life was the Nigerian civil ...
ABOUT THIS AUDIOBOOK
$17.50
ISBN: 9781101579374
Unabridged Download 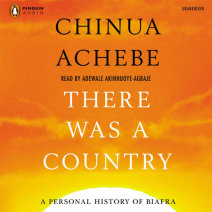