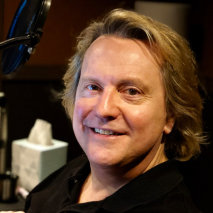 Eric Shaw Quinn is a New York Times bestselling author, actor, and executive producer. He is also the host of the comedy/variety podcast The Dinner Party Show. His novels include The Prince’s Psalm, Say Uncle, and Write Murder. He is currently working with Anne and Christopher Rice to realize The Vampire Chronicles as a television series and, in his spare time, on completing the next novel in his Write Murder series. 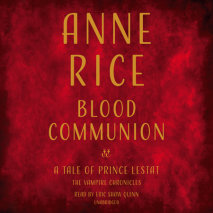 audio
Blood Communion
Author: Anne Rice | Narrator: Eric Shaw Quinn
Release Date: October 02, 2018
NATIONAL BESTSELLER • In this spellbinding novel, Lestat, rebel outlaw, addresses the tribe of vampires, telling us the mesmerizing story of how he became prince of the vampire world, and of the formation of the Blood Communion, and how his visi...
ABOUT THIS AUDIOBOOK
$20
ISBN: 9780525643098
Unabridged Download 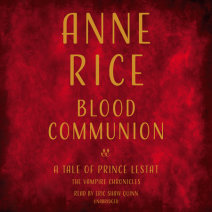