Don Hagen is a professional voice-over actor and narrator. His voice can be heard in radio and television commercials, documentaries, museum audio guides, award shows, television sponsor credits, and award shows nationwide. He is a well-known audiobook narrator who has narrated hundreds of works, including Gordie Howe's Mr. Hockey and A Bad Day on the Romney Campaign by Gabriel Schoenfeld, as well as classics such as Tuesdays with Morrie and The Great Gatsby. 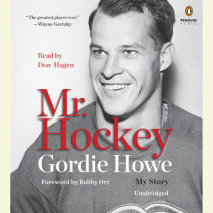 audio
Mr. Hockey
Author: Gordie Howe | Narrator: Don Hagen
Release Date: October 14, 2014
THE DEFINITIVE AUTOBIOGRAPHY OF A SPORTS LEGENDThe NHL may never see anyone like Gordie Howe again. Known as Mr. Hockey, he led the Detroit Red Wings to four Stanley Cups and is the only player to have competed in the league in five different decades...
ABOUT THIS AUDIOBOOK
$17.50
ISBN: 9780698188785
Unabridged Download 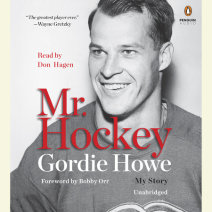 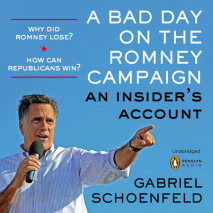 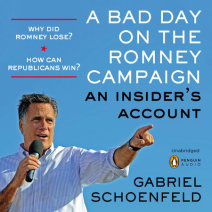