Jennifer Hudson is an international pop star, award-winning actress, and bestselling author. She first came to prominence on the third season of American Idol. She won a Best Supporting Actress Oscar for her role as Effie White in the 2006 film adaptation of Dreamgirls and a Grammy for Best R&B Album in 2008 for her debut record. She is the author of I Got This: How I Changed My Ways and Lost What Weighed Me Down. 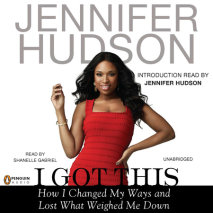 I Got This
Author: Jennifer Hudson | Narrator: Jennifer Hudson and Shanelle Gabriel
Release Date: January 10, 2012
A personal and inspirational memoir from Grammy and Oscar winner Jennifer Hudson, focused on her amazing transformation as she embraced a healthy lifestyle and lost over eighty pounds. Soulful and sultry, Jennifer Hudson wowed the world with her pow...
ABOUT THIS AUDIOBOOK
$17.50
ISBN: 9781101546109
Unabridged Download 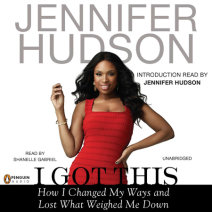