A professional radio actor since the age of 12, Gareth Armstrong has appear on hundreds of broadcasts for the BBC in plays, features, and poetry programs. He has played three running characters in the world’s longest running radio soap opera, The Archers, and is an occasional contributor to From Our Own Correspondent. He was a recipient of the Jewish Cultural Media Award for his work on the radio documentary The Blood Libel. 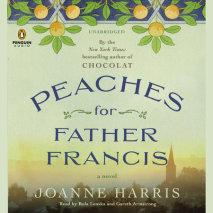 Peaches for Father Francis
Author: Joanne Harris | Narrator: Rula Lenska and Gareth Armstrong
Release Date: October 02, 2012
The bestselling author of Chocolat and The Girl with No Shadow returns to Lansquenet in this enchanting new novelWhen Vianne Rocher receives a letter from beyond the grave, she has no choice but to follow the wind that blows her back to Lansquenet, t...
ABOUT THIS AUDIOBOOK
$22.50
ISBN: 9781101593608
Unabridged Download 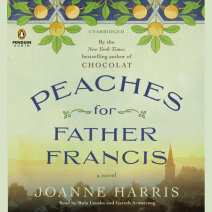