home
x
Subscribe
Kathryn Petras
Kathryn Petras is half of a sibling writing team, along with her brother, Ross Petras, with over 4.8 million copies of their work in print—including popular “word nerd” books such as the New York Timesbestseller You’re Saying It Wrong, That Doesn’t Mean What You Think It Means, Very Bad Poetry, and Awkword Moments. The duo host the podcast “You’re Saying It Wrong” with NPR affiliate KMUW.

The Petras's work has been featured in, diverse media outlets including the New York Times, the Chicago Tribune, the Wall Street Journal, Cosmopolitan, The Washington Post, Huffington Post, Bustle, the Atlantic Monthly, the London Times, and McSweeney’s. They have also been guests on hundreds of radio shows as well as television shows and networks, including NPR's Here and Now, Good Morning America, CNN, and Fox & Friends.
Read More +
3 results   page 1 of 1   view sort by 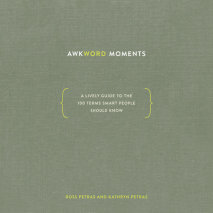 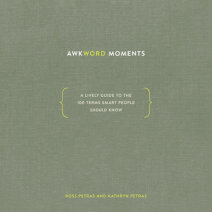 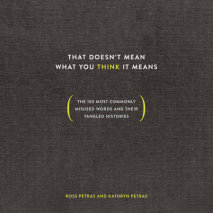 audio
That Doesn't Mean What You Think It Means
Author: Kathryn Petras and Ross Petras | Narrator: Kathryn Petras and Ross Petras
Release Date: February 21, 2023
An entertaining and informative guide to the most common 150 words even smart people use incorrectly, along with pithy forays into their fascinating etymologies and tangled histories of use and misuse.   Even the most erudite among us use words ...
ABOUT THIS AUDIOBOOK
$15
ISBN: 9780593683484
Unabridged Download 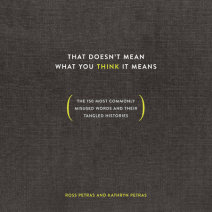 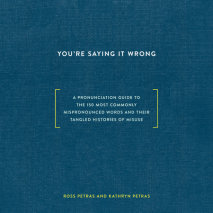 audio
You're Saying It Wrong
Author: Kathryn Petras and Ross Petras | Narrator: Kathryn Petras and Ross Petras
Release Date: January 17, 2023
For word nerds and grammar geeks, a witty guide to the most commonly mispronounced words, along with their correct pronunciations and pithy forays into their fascinating etymologies and histories of use and misuse.With wit and good humor, this h...
ABOUT THIS AUDIOBOOK
$15
ISBN: 9780593683460
Unabridged Download 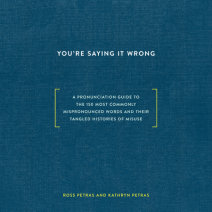